The main objective of researching and writing Mission Lit was to understand how some companies were able to turn an ambitious mission (or purpose) to enrich the world into a competitive advantage. A secret sauce which other companies, more focused on extracting value than creating it, couldn’t replicate. My methodology was simple: speak to as many business leaders as possible who seemed to have the recipe for this secret sauce down to a tee, and had used it to great effect to challenge their industry’s incumbent leaders.

The difficult part was going to be poring through the interviews and trying to find the recurring ingredients which emerged. Except in some cases it really didn’t take much digging. The most conspicuous of all, was that when asked what gave these companies an advantage, every single person I interviewed said the number one thing was people. In many ways, the book could have been called It’s People, Stupid. At the best companies teams worked smarter, more creatively, more collaboratively, more restlessly, and more autonomously. It quickly became apparent that all great leaders are obsessed with people - after all it is the people that give you superior products, superior marketing strategies, and superior ways of working.

Ways of working is a loose, non technical term, but it’s at the core of the Mission Lit secret sauce I uncovered. In trying to understand exactly how these companies developed superior ways of working, what I discovered was not a prescriptive approach for how to structure your organisation and operations, but an underlying leadership philosophy. This philosophy was best understood in some of the companies in the more prosaic industries I looked at, for example banking and insurance. Their leaders understood that their industry might not be sexy, but creating change is.

Companies such as Monzo and Lemonade have both transformed their industries by giving passionate, very often young, talented people the opportunity to fundamentally change how something was done. Some of the best minds of their generation - who almost certainly never grew up dreaming of being bankers or insurers - working in banking and insurance, and loving it.

Essentially we’re talking about attracting and engaging the best talent, something all businesses recognise as important. But the point I really want to make is that this is not about perks and startup culture, but fundamentally doing things in different ways. Free bagels, office dogs and table tennis are much appreciated, but how you attract the right people, and the consequences of their work, all comes down to whether leadership genuinely gives them permission to do things differently, to really change things.

In the book I look at how the insurance startup Lemonade is fundamentally wired differently to other legacy insurers. They explained to me, “Lemonade thinks like a tech company and not an insurance company, even though we are a fully licensed insurer. There are things that we do – especially the agility with which we do things – that traditional insurance companies will have a hard time, if not impossible time, catching up with”. What’s allowed them to do this is they have convinced top tech talent to join them with the promise of turning insurance from a necessary nuisance/evil in society to a force for good, what’s more when they joined, they let them go ahead and make it happen. `

Lemonade organizes in squad structures, more similar to the inner workings of Spotify than a normal insurance company. The result? Lemonade took only 4.25 years to reach a million customers. For reference, US insurance giant State Farm took 22 years.

When researching Mission Lit one of the companies I really wanted to interview was Bulb Energy. They were a B Corp, tech-foward and championing a green energy revolution - what’s more they were the fastest growing private company in the UK. I was convinced they were the perfect case study, the perfect proof point that this “secret sauce” I’m talking about can really culminate in an untouchable advantage.

I never did get the interview, and in retrospect, knowing they did build a castle, but it was made of sand, I am quite relieved they aren’t in the book. But they are still a perfect case study, it’s now just a cautionary one.

So what went wrong with Bulb? Clearly a lot of things, but in terms of how they used the leadership philosophy explored in this blog let’s take a look. The company built a team of “Bulberinos”, a young, smart, passionate workforce all inspired by Bulb’s mission to make energy greener and more affordable. However, many of these Bulberinos soon became disillusioned, and reports of a toxic work culture followed. They hired people who bought into the mission to do generalist roles, for which they were probably overqualified to do. They were providing customer service, developing slick looking tech and selling cheap energy, but what were they really changing?

For example, it turns out their promise of 100% clean energy never quite stacked up, with analysis finding only 5% of the green power they provided to homes was sourced directly from renewable energy projects, and never invested in their own generating assets, such as wind and solar. And the tech they developed was never the true gamechanger being developed by other industry innovators such as Octopus. For changing the world to be sexy it actually has to in some way change the world

There are so many entrepreneurs in so many industries who can take advantage of this approach to leadership and gain a huge advantage in how they run their companies. They just need to remember you only get sexy if you really make change.

There was a time not that long ago when the product or service described as ‘sustainable' was seen as the worthy, ultimately less exciting alternative. 20 years ago taking someone to a restaurant famed for its sustainably sourced ingredients, maybe have evoked more apprehension than glee. The idea of eco clothing, definitely evoked images of Marcus from About a Boy more than the Met Gala.

END_OF_DOCUMENT_TOKEN_TO_BE_REPLACED 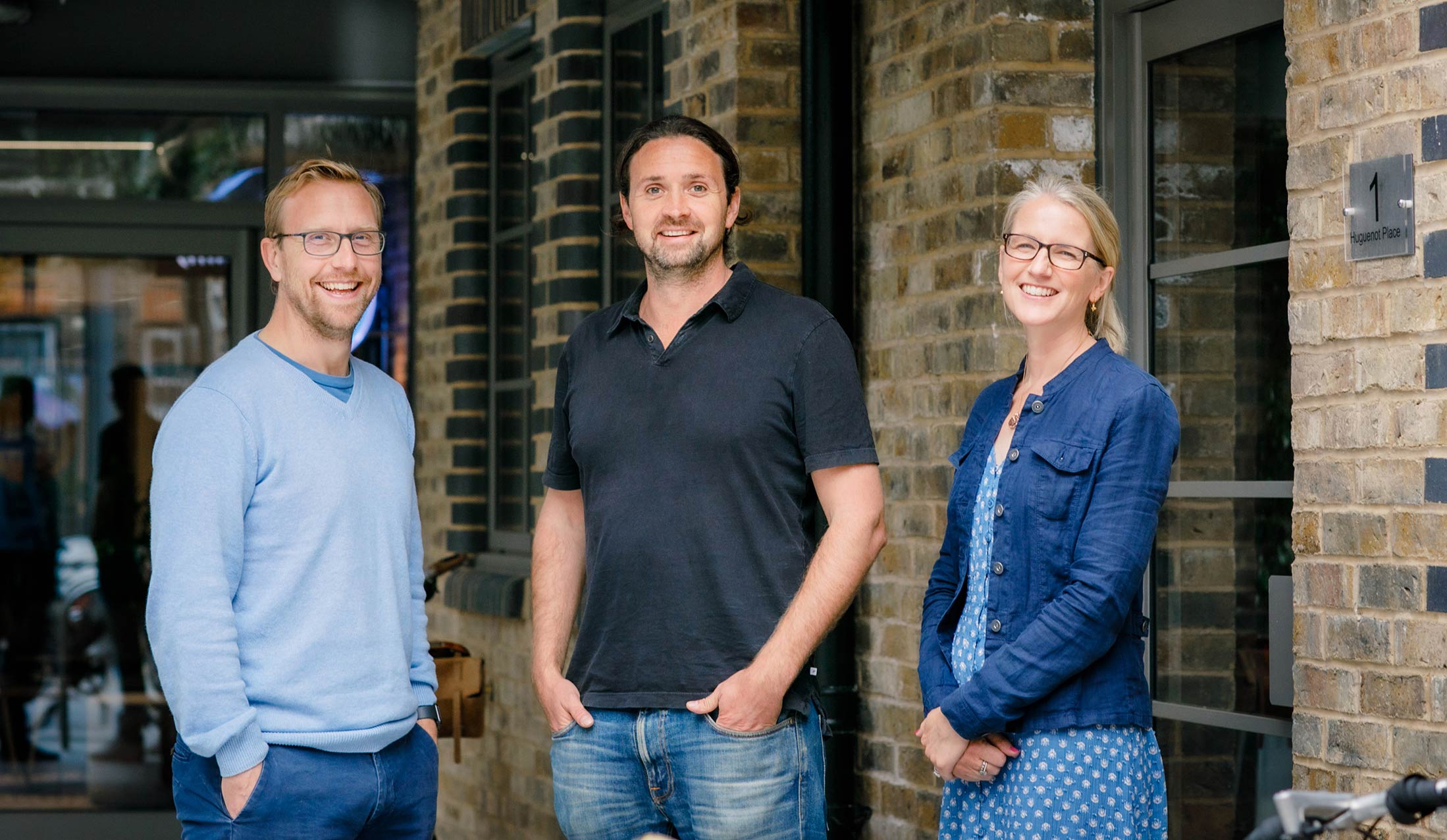 What is Mission Lit?

The word ‘purpose’ in a business context has both positively influenced and confused the world in equal measures. At x+why, we define it as understanding your ‘why’, your reason for being beyond profit alone, and implementing it in a responsible and sustainable way. Do this and you are what we call a Mission Lit business.

x+why’s purpose is to change the way the world works for good. An audacious ‘moon-shot’, we know. We understand that we are a small part of a larger movement that is pushing toward this exciting and essential goal. Our roles as a flexible workspace community is to house, support, inspire and influence businesses under our roofs.

From our first days, we – Rupert Dean, Tanya Donald and Phil Nevin – have been looking for a way to give something back to this global movement. We have wanted to help growth towards a new economic model, to use incredible examples both from within our network and beyond to reach a broader audience and help accelerate this shift.  This is not a new idea; it’s as old as business itself. But it’s one that business and leaders forgot. It needs re-learning fast, by businesses of every sector, size and mission, for the world to avert crises in the coming decades.

To our unending thanks, up stepped researcher and writer, Richard Johnson, to take on this challenge. Having come up under thought leader John Elkington (author of Greens Swans, who coined the ‘triple bottom line’ metric), Richard was uniquely positioned to explore and share some of the most exciting emerging business behaviours out there.

Over the course of hundreds of hours of interviews and research, Richard has discovered some of the most interesting and current lessons out there, which we are proud to share with you.

Do you want to start a Mission Lit business? Could the business that you currently lead or work within become Mission Lit? We hope you find the right sign posts within these pages, and we invite you in to join, lead and spread this movement.

Business has contributed hugely to some of the world’s greatest problems, but it can also help lead us out of them.